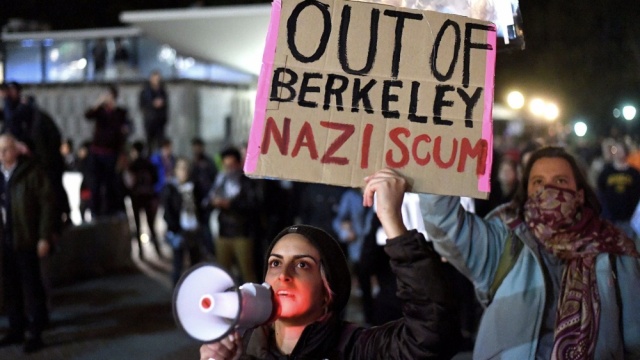 Seriously, you’re not allowed to laugh at that.

Such a statement sounds like something ripped from the pages of a dystopian sci-fi novel (I’m not gonna mention Kafka, Hitch) but I’ve heard these words said, said a lot, said with the same self-righteous verve of superiority that every mole-pocked, dumpling’esque social justice warrior must acquire before she completes her undergraduate work. “That’s not funny,” the ditty goes, followed by, “You’re not allowed to offer that,” or more eerily, “I’m not allowed to laugh at that.”

By that they mean, “We’re not allowed to laugh at that.” We, the Puritans of the new millennia, the blue-haired, short-cropped bloodhounds scratching and sniffing the internet for every foxhole of cultural depravity we deem unfit for our vision of a perfect world.

You know what I miss? Friends you can say anything around. Wasn’t that a compliment once? To be someone you could say anything to and have a good time? I remember cracking jokes without people looking at me like I’d exposed myself at a funeral. We laughed, swallowed a handful of chips, and moved on with the conversation.

Not to wallow in nostalgia, but I miss living in a social atmosphere without self-policing.

Which brings me to Owen Benjamin.

Thank you, sir, for being one of the few voices brave enough to have a sense of humor.

For those unfamiliar with him, Owen Benjamin is a comedian who does what comedians do: he cracks jokes. He walks along the edge of acceptability and stands on his head for the crowd. Like in this tweet:

“The thing that made slavery bad was it was racist. My slaves would be anyone who couldn’t outrun my nets and harpoons. No discrimination!”

What makes this tweet terrible? I can see why it’s touchy but worthy of a cultural storm in a teacup? Come on.

Despite the fact that this tweet is not actually racist, he has found himself pelted by the politically correct maelstrom. I suppose this should make me smile. After all, had he remained in obscurity, I would never have come across him on The Joe Rogan Experience. If you’re into laughing your ass off at clever social observations, do yourself a favor and youtube him, or stop by his website at http://www.hugepianist.com.

Why aren’t we allowed to just laugh anymore? Why can’t I crack a joke about Black Lives Matter, Feminism, or any other social issue without branding myself as a hateful bigot, both to anonymous strangers and to my friends who once knew how to pull the stick out of their asses? Laughter is supposed to bring us together rather than tear us apart. Let’s embrace it. If you don’t like a joke, then sharpen your tongue and lash th — well ok – snark a witty repartee, and don’t shed a tear. You’re just as much a victim of this world’s cruelties as the person sitting beside you, so breathe. Take up drinking, if you have to.

Alright, I’m done for now. I’ve been writing this post with my one-month-old daughter on my lap, and she’s been more than patient with her mommy’s constant ratta-tat-tatting on the keyboard. Here’s the takeaway: